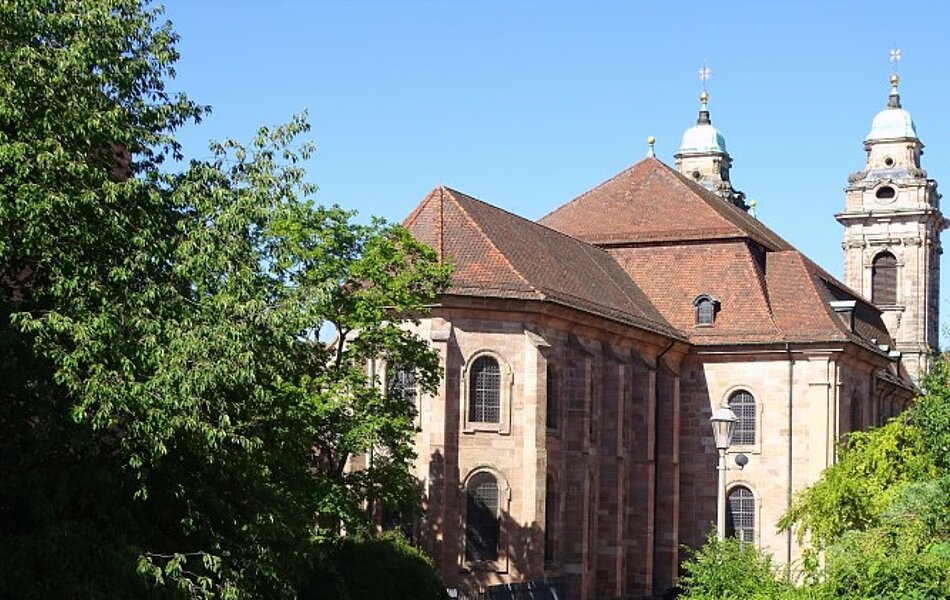 Our guided city walk takes you to the guardians of Nuremberg. Learn about the ancient gods which have been guarding the city over the years.

After exiting the hotel Victoria, we turn left and walk towards the church of St. Lorenz. Already 500 meters into our walk, on our right, we gaze into the sky and can see Gian bologna-shaped Mercury on the roof of house number 61, balancing light-footedly.

Only a few steps further, already in the pedestrian zone, Fortuna and Norris, the personification of Nuremberg, holding the city coat of arms, look upon us from a nearby facade.

On a corner of the building opposite of the church of St. Lorenz, we see the Act of Hygieia, the patroness of the pharmacists.

On the left side of the church, we can find the manieristic Tugendbrunnen, a fountain, adorned by eight female figures, the incarnations of justice and virtue.

Next, we enter the Peter-Vischer-Strasse where we meet Merkur once again. This time, in a more modern version, unmistakably recognisable by his staff and helmet. Following the road to the north, we cross the Pegnitz river and turn right onto the island of Schütt.

After leaving the island and crossing the river once again, we can already see the Herrenschützhaus with and integrated head of Gorgo Medusa in its archway.

We now follow the Grübelstrasse and Landauer Strasse up the hill to the precious Tucherschlösschen, the Little Tucher Castle, in which banquet hall you can see glass windows with Venus, Ceres, Mars, Jupiter and Hercules. Here you can also see the reconstruction of the Hirsvogelsaal with one of the first illusionistic ceiling paintings (‘Fall of Phaeton’ by Georg Pencz) north of the Alps.

A bit further down, at the Theresienplatz, at the feet of the statue of Martin Behaim, we discover the Embodiment of Science and Trade, easily recognisable by their attributes book and star map as well as anchor and cornucopia.

Following down Theresienstrasse, at the Burgstrasse, we take a turn to the right to the Fembohaus, where on its manneristic fassade we see Fortuna balancing on a ball.

Entering the main market, one reaches the City Hall in only a few steps. Its renaissance-gates are decorated with the personifications of the four empires (Ninus, Cyrus, Cäsar and Alexander) as well as Justitia and Prudentia.

From City Hall we walk to the Maxplatz in the centre of which you can see the Tritons fountain, built in 1667, inspired by Berninis Fontana die Tritone.

Should you not be too exhausted yet, we recommend a quick detour to the Hallerwiese. Walking along the Riesenschritt to the historical gardens of Nuremberg, the Hesperidengärten and the Baroque Garden, both at the Johannisstrasse.

The name „ Hesperidengärten “stems from Greek mythology. It is said that the Hesperides, the daughters of Hesperos and Atlas, were to guard the growing citrus fruits, which were considered property of the gods.

Following the theme of this walk we end up at the building of the German National Museum. Here, on the corner of Kornmarkt and Klaragasse, we see Ganymed striving to the sky.

We finish our walk with a visit of the Richard-Wagner-Platz with the majestic Nuremberg Opera House and on its facade, we can discover figures from the Germanic Pantheon. Freya and Hel garnish the gate from the right and left

The way back may be taken through the old part of the city. Should you be taking advantage of the shopping possibilities or be going back to the hotel Victoria directly, after so many impressions, is now fully your choice to make. 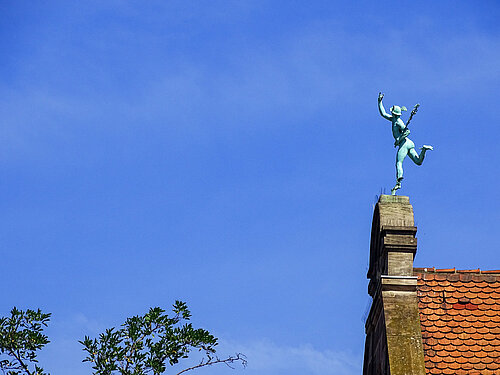 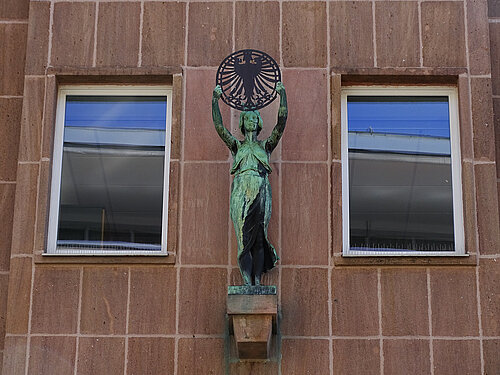 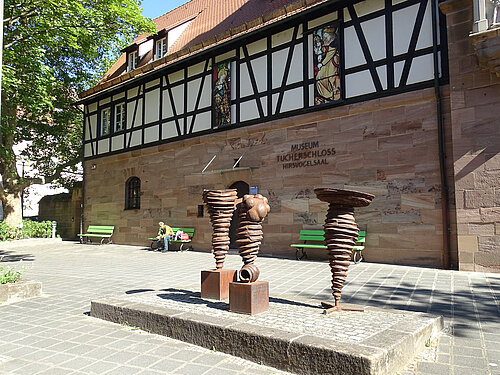 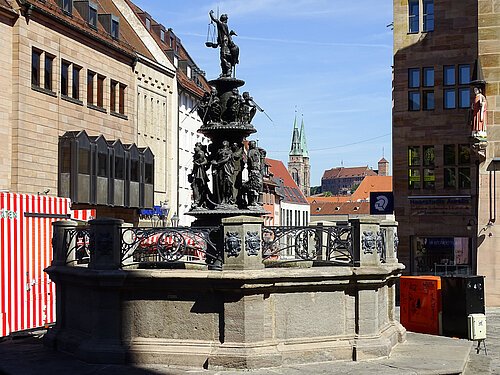 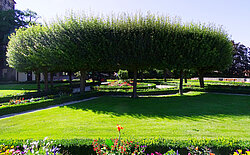 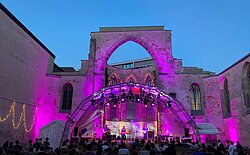