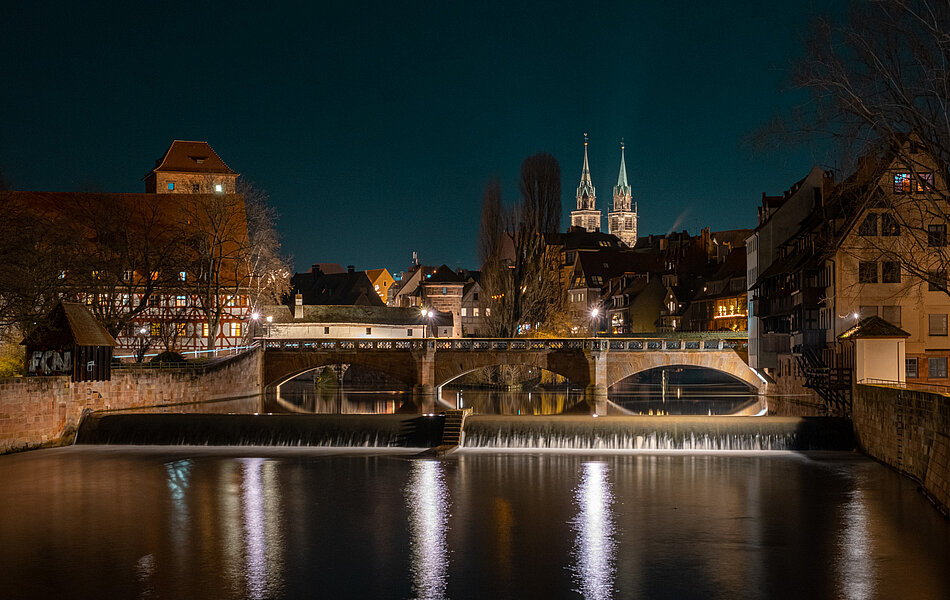 View from the chain bridge "Kettensteg" at night 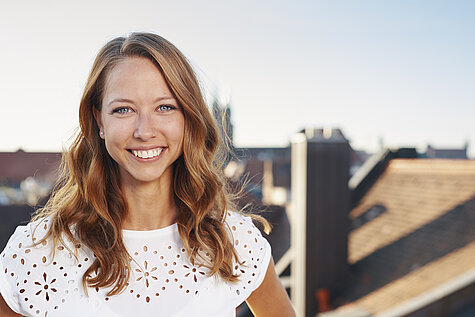 I find the my inner balance on a bike ride!

Listen to the flow of water and forget the time - in the middle of the old town, but still distant from the hustle and bustle of the city centre.

The Maxbridge is a wonderful place for me to relax and absorb the mood of the city at the same time ... especially in the evenings, when dusk sets in, the lights start to twinkle and the sun slowly sinks over the city, it is just a magical place to be at. I like to come over here after a bike tour at the Pegnitzauen, the  to enjoy the flair of the city. Just a few meters further on is the Henkersteg, which offers a fantastic view of the Maxbridge. Only a few hundred years ago, this corner of Nuremberg was anything but a popular part of the city. The hangman's house was, as the name already suggests, the official residence of the hangman and his assistant. The house is connected to the Henkersteg and was built directly over the Pegnitz river, intentionally isolated from the rest of the city, due to the social ostracism. Only through this boardwalk the connection with the rest of the city was established. And right next to it, the Maxbridge, also known as the Stone Bridge, has been around for several centuries. Today it is considered the oldest stone bridge in the city, as it was built already in the year 1457. 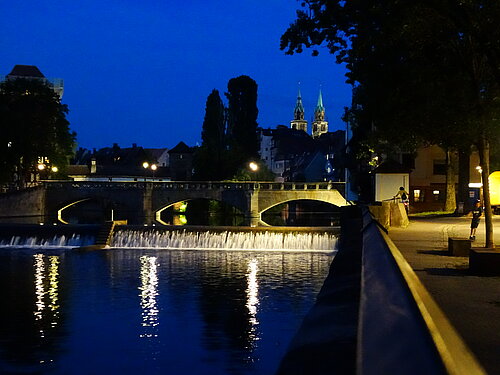 View from the chain bridge "Kettensteg" 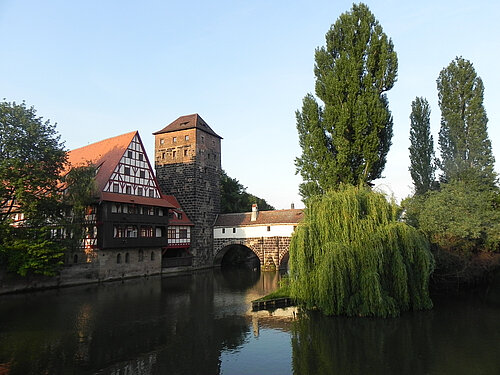 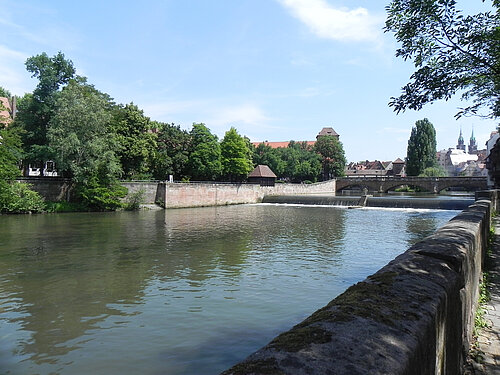 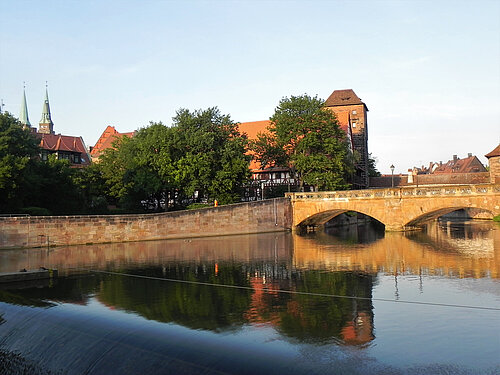 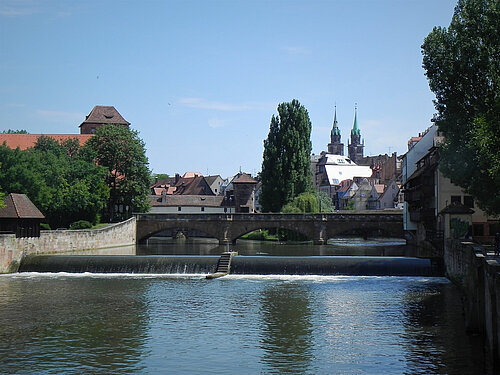 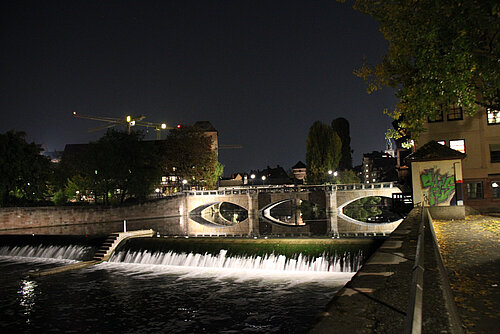 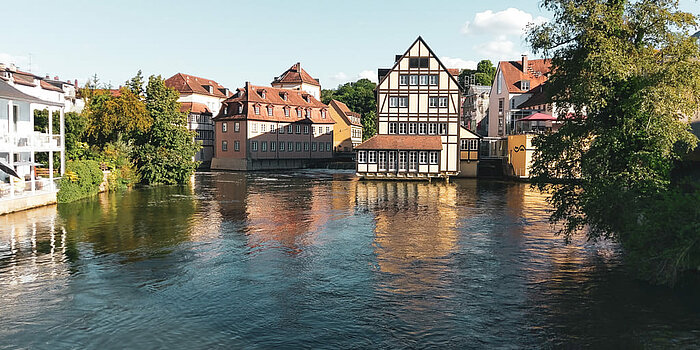 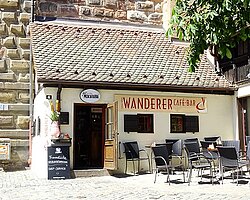 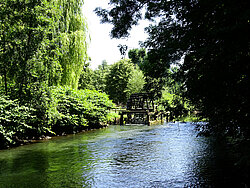