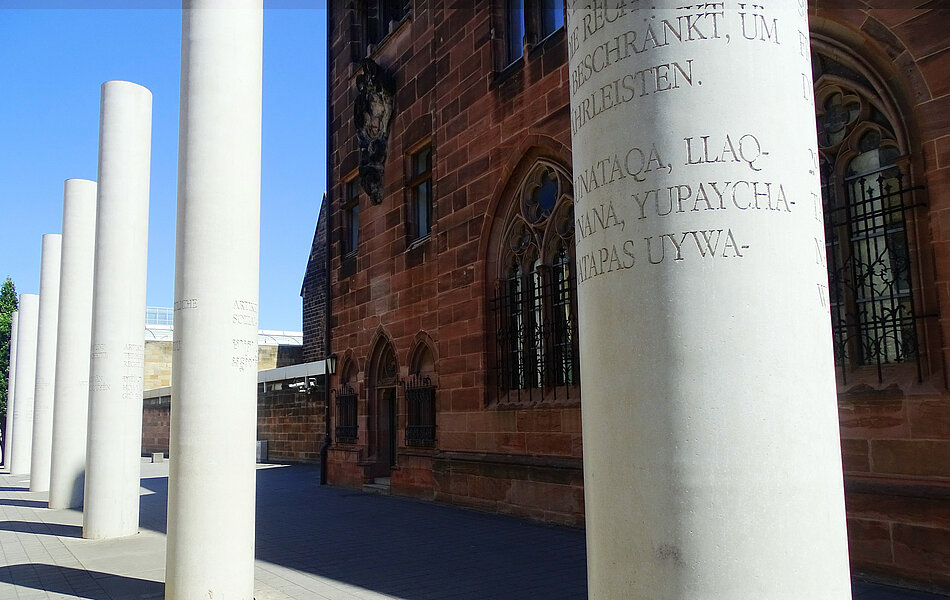 To get an extensive view of the history of Nuremberg and how the past has been handled we recommend to take a whole day.

Nuremberg is inseparably connected with the Nazi Rallies held by the national socialistic party, the Nuremberg Laws and the Nuremberg Trials. With this tour we would like to trace this dark chapter of the city’s history and show you how Nuremberg deals with it nowadays.

After exiting hotel Victoria, we turn right towards the Nürnberger Hauptbahnhof, the Nuremberg Central Station, which reminds us that from this city too (train station Märzfeld), deportation trains were driving to several concentration camps.

We keep west, walking along the city wall for a couple hundred metres and pass by the Opera House, the Nürnberger Staatsoper, aware of the fact that during the Nazi regime, Richard Wagner staged the Meistersinger (Mastersingers) and the Nazi-Nobel prize was awarded here.

At a corner behind the opera we reach the former Hotel Deutscher Hof, which served as Hitler’s accommodation during his visits to Nuremberg. Diplomats and important party members were hosted here as well, while they participated in the Nazi Rallies.

We follow the Frauentorgraben west and shortly after turn left into Essenweinstrasse. A memorial stone on our right reminds us of the destroyed Synagogue. It was destroyed during the night between November 9th and November 10th, 1938 during the so-called Crystal Night.

Once again, we follow down the Frauentorgraben to the next crossroad. Two commemorative plaques in front of today’s AOK building inform us of the decree of the Nuremberg Laws. With these racial laws the anti-Semitic ideology of the Nazis was institutionalized on a legal basis. We continue our walk by crossing the Frauentorgraben at Färbertor towards the city centre.

At the intersection on the right we find another memorial which commemorates the victims of Roma and Sinti during the Nazi times.

We now enter the city centre via Färberstrasse, which we leave behind after only a few metres as we turn right into Frauentormauer. We walk to the German National Museum. In front of it, we find the Street of Human Rights, by jewish artist Dani Karavan. With this piece of art, the artist successfully makes the human rights visible to everyone passing by. These rights were accepted in Paris on December 10, 1948.

From here we walk to the church of St. Lorenz. On its northern side, the artist Karl Prantl created the Nürnberger Kreuzweg out of 14 granite plates in 1991. Prantl started processing stones at the former march way at the Nazi Rally Grounds in 1971 already. The plates come from the concentration camp Flossenbürg but are no longer used in Nazi architecture.

From here, we continue down Peter-Vischer-Strasse, cross the river Pegnitz and look at the northern bridgehead of Heubrücke and view the Synagogue Cenotaph for the former main synagogue at Hans-Sachs-Platz.

From the main market, the Hauptmarkt, we take the bus “Touristenlinie 36”, Tourist line 36, tothe Documentation Centre. During a walk around the Dutzendteich at the Nazi Party Rally Grounds we may get an impression of the Nazi regime’s megalomania.

The Documentation Centre is situated in the north wing of the congress hall and a visit is certainly recommended. The Kongresshalle was supposed to hold up to 50.000 people, but was never fully finished. The permanent exhibition “Faszination und Gewalt” (Fascination and Violence) deals with the reasons, connections and consequences of the national socialistic tyranny, always in connection with the city of Nuremberg.

For those who want to experience this topic comprehensively, we now hop on the tram line number 5. At Plärrer the transfer to the subway U1 to Hardhöhe or walk to Bärenschanze. On the right side while leaving the town, we see the justice building with Memorium and Courtroom 600.

If the Nuremberg Trials were not held in Courtroom 600, it would not be possible to deal with the injustice and developing nations to an international criminal jurisdiction, as we can observe in The Hague.

After so much pressing reality, you may be ready to end the day with a walk back to the hotel. Pass the Hochstrasse at district Rosenau and view the Stolpersteine, the stumble stones, another artistic way of processing the anti-Semitism.

Cross a marvellous park in Nuremberg, the Rosenaupark. Climbing some steps at the south-east end of the park you reach the Altstadtring at the Spittlertorgraben. From here you return to the city through the Fürther Tor. You arrive back to the hotel Victoria either via subway or by foot. 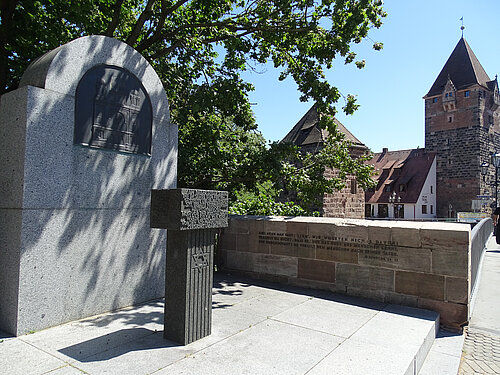 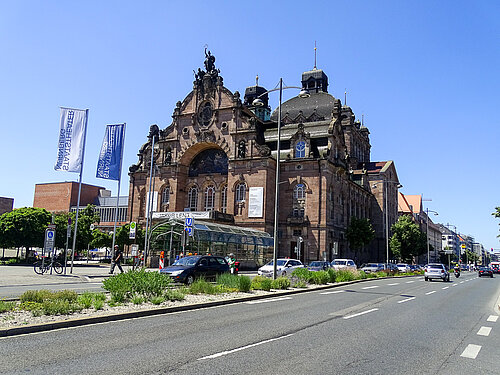 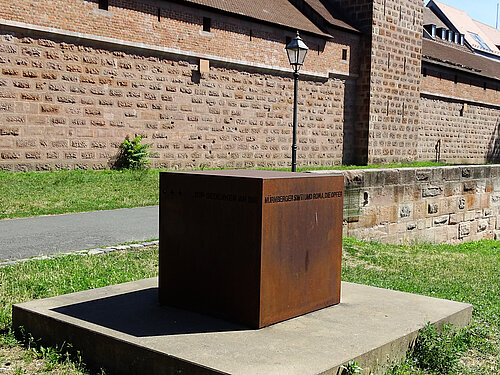 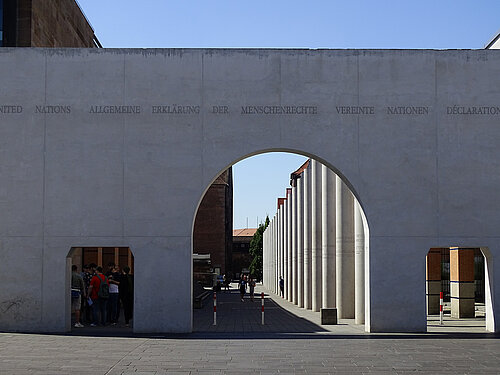 The Street of the Human Rights 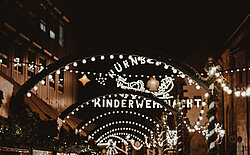 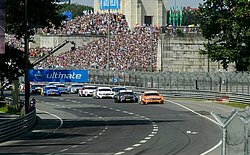 DTM at the Norisring